Silverson Songs is a dynamic songwriting duo which pairs Gail Silverman (G.) and Robert Gibson, both who have been singing and making music separately for many years. The pair met through their online songwriting community Songtown, and the co-writing chemistry was there from the first time they wrote together.  They do all their writing remotely, as Rob is based in the Bahamas and Gail is on the West Coast of Florida, but distance has not stopped them from becoming amazing co-creators.  Since they first connected in March 2020, they have written a multitude of songs across various genres with a focus in Pop, Pop Urban, Dark and Moody Pop and Holiday. Silverson has been catching the attention of the sync industry landing multiple placements with sync agents such as, Big Noise/Sound Revolver, Madden Flow, Unicorn Sync, A&M Music, Matter of Music and more. Fresh pop holiday tune, “Holiday Feelin”, has had success with several music placements. 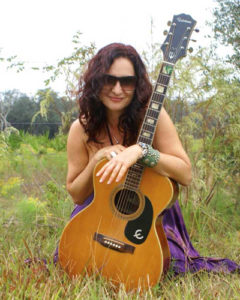 As front women for NYC based rock band G-spot for15 years, G. had a reputation for being a sexy siren, with a spiritual twist.  With her band G-spot, she released two CD’s of original music to rave reviews and caught the attention of the Film & TV industry. Her songs were featured in a couple of Indie Films and on several cable TV shows.  Her two solo releases “There is Light” and “Here I Am” were an exploration of consciousness in an increasing complex world.  Recently G has been focusing on her songwriting and collaborating with others, as well as exploring new genres and perspectives. She is excited to bring her experience and talent into more commercial songwriting efforts.  G. is also the Founder of the Girls Rock & Girls Rule, an organization that dedicated itself to creating exposure for women in the hard rock genres.  G’s diverse combination of talents, singer – songwriter, sculptor, yoga teacher and marketing consultant certainly make for a creative and multi-faceted perspective! 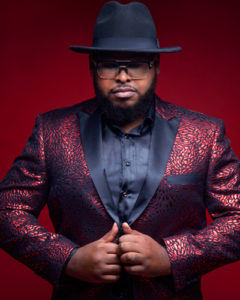 Music has always been a part of Robert’s life as he was involved with his church choir and praise team from a youth. It wasn’t until 2005 however, while in college in Fort Lauderdale FL that he and some of his friends created a group called Minor Prophets that he started writing original songs and performing. The trio turned duo didn’t last too long but at the end of the 4 or so years, the group released their debut EP “Right of Entry” and he had gained a wealth of knowledge about the music industry, songwriting and music production. The love of music continued after the group’s break up, his graduation and move back to The Bahamas where he continued to create original music. His goal wasn’t necessarily to become an artist again but just to be a better songwriter and so he joined Songtown. This community allowed him to hone his craft and focus his efforts on writing songs for sync where he can express his perspective in an multi genre way.